API2HTML takes any data from your API and injects it in mustache templates so you can build websites without coding controllers and models. 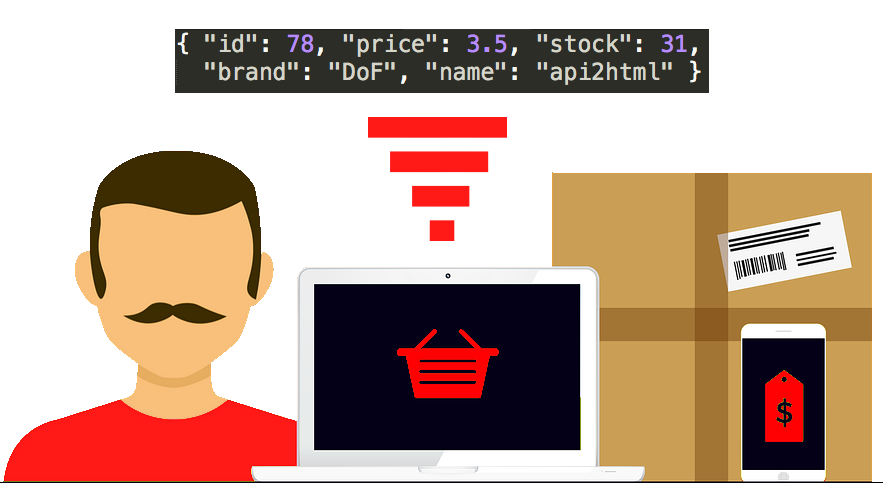 API2HTML allows you to design websites thinking only in the view. Define in a configuration.json all the URLs that you want to show and what API call it is going to do. All API interaction will be handled by API2HTML leaving you all the data in the {{ Data }} variable.

Design static and dynamic websites by just writing the templates.
Interact with your API data without coding a single line.
100% open source

If you have a set of data origins and have an idea you'd like to build, make your Minimum Viable Product in no time and quickly prove your hypothesis.

Serve static text-based content, semi-dynamic pages that have no interaction with APIs or rich dynamic content that feeds from your backend.

Let children sites carry with all the configuration of its parent. Redefine only the differences and inherit all the attributes

The API2HTML honores the Cache-Control header, so after contacting your API it will automatically cache the responses in memory for the duration specified in that header.

API2HTML is well coded in Go offering an incredible performance. But if that wasn't enough, when you start the server all your templates are internally pre-compiled so it won't be necessary to process them ever again.

Recover that old machine or server that you were about to throw it away. API2HTML uses under 15MB of RAM to host a page and the CPU is almost inactive.

Putting a KrakenD API Gateway behind your API2HTML and using it to mix multiple APIs in a single response extends even more its power.